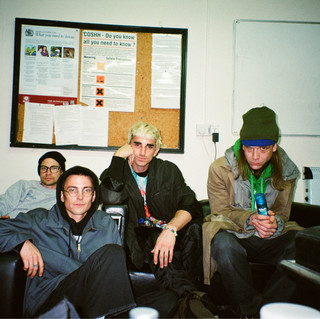 DIIV (previously known as Dive - named after the Nirvana song) is the ongoing project of Zachary Cole Smith, who has already made a name for himself in the New York music scene playing for bands such as Beach Fossils, Darwin Deez and Soft Black. Smith formed DIIV in Brooklyn in 2011 as his solo project, but soon put together a live band with Devin Ruben Perez, his childhood friend Andrew Bailey, and ex-Smith Westerns drummer Colby Hewitt. DIIV's first release, the single Sometime , was released as 7" on Captured Tracks on Oct. 11th, 2011. The debut album Oshin was released in June 2012. User-contributed text is available under the Creative Commons By-SA License and may also be available under the GNU FDL.

DIIV has been mentioned in our news coverage

DIIV 'Is The Is Are' review

Below is a sample playlists for DIIV taken from spotify.

Do you promote/manage DIIV? Login to our free Promotion Centre to update these details.