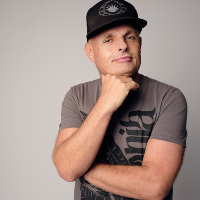 Back To The Old Skool

The Steel Yard Nightclub in London

Dave Pearce has been a driving force in the UK Dance Scene for many years. Known for his uplifting energetic “Big Room" "Trance" and “House Music” sets featuring many of the classics he helped break through his popular BBC Radio 1 Dance Anthems shows.

Dave has DJ’d at major festivals and clubbing destinations across the world including London, Ibiza, Athens, Bahrain, Dubai, Mumbai, Doha. He has played all the major UK Dance Festivals including Creamfields, Gatecrasher Summer Soundsystem, Godskitchen Global Gathering, Coloursfest and numerous UK Music Festivals including Knebworth Cool Britannia, Manchester Pride, Restricted Forest and many more. He has featured in the coveted DJ magazine “Top 100 DJ’S In The World Poll “ three times. Dave Kicked off 2020 with a New Years Eve Dance Anthems takeover on BBC Radio2 followed by 2 sets at London's Trance Sanctuary at The Egg in London. This year sees him play numerous festivals in the UK and club shows in London and Europe including Steelyard in London for Peach and at Es Paradis in Ibiza

2019 was a busy and successful year for Dave. He kickstarted 2019 with a marathon 4 hour Dance Anthems takeover on NYE “Live” on Europe's most listened to station BBC Radio 2. His "Trance Anthems 2" album reached number 2 in the Official UK Dance Album Chart becoming his third consecutive top ten album following up his UK NO1 iTunes Dance "Trance Anthems" album.

He has played countless festivals and clubs this year including Es Paradis in Ibiza and headlined a sold out stadium show at Magna in Sheffield for 90's fest and even a cruise ship. His popular branded events have grown from strength to strength including his Dance Anthems Tour, Trance Anthems Tour and underground Delirium Trance Nights he has also played for Ministry Of Sound tour dates this year. His festival appearances this year have seen him play on line ups alongside some of the biggest legends in Dance Music including Faithless and Basement Jaxx and new rising stars like Hannah Wants

Dave first came to national prominence in the mid 90’s creating the cult BBC Radio 1 show Dance Anthems which he presented for 13 years attracting record audiences of millions of listeners and hosted the Radio 1 Drivetime show. Previously he presented the Breakfast show on London’s KISS FM He has also presented numerous Dance TV Shows including the ITV1 clubbing series “Dance Years” MTV Dancefloor Chart, MTV Top 100 Dance Anthems and shows on Chartshow TV, The Box and Clubland TV. Recently he presented a Dance Documentary on SKY TV with Paul Oakenfold and Goldie. He has also made numerous shows and specials for BBC 6 Music, BBC Radio 2, Commercial radio and even BBC Radio 4.

Dave Pearce has been mentioned in our news coverage

Below is a sample playlists for Dave Pearce taken from spotify.

Do you promote/manage Dave Pearce? Login to our free Promotion Centre to update these details.