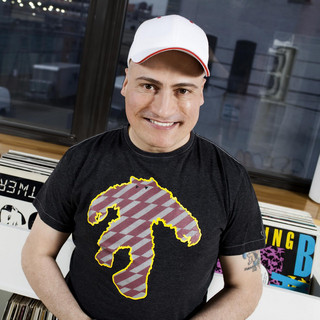 Since the release of his debut album Hard & Soul in 1995, and his subsequent beat-mixed dance compilations, such as, Mix This Pussy, Can Your Pussy Do The Dog?, Gag Me with a Tune, and Color Me Danny, the DJ-remixer-producer has traveled the Globe performing for audiences everywhere. Danny Tenaglia was born in Brooklyn, New York, where he stayed until his move in 1985 to Miami, Florida. Danny's first gigs in New York include the Roller Palace, on of the first roller discos in Brooklyn, Stix and Crisco Disco. In Florida, Danny was a resident DJ at Cheers.

Danny Tenaglia has been mentioned in our news coverage

Defected Records in Ibiza: Tickets on sale for season opening weekend of events

Below is a sample playlists for Danny Tenaglia taken from spotify.

Do you promote/manage Danny Tenaglia? Login to our free Promotion Centre to update these details.