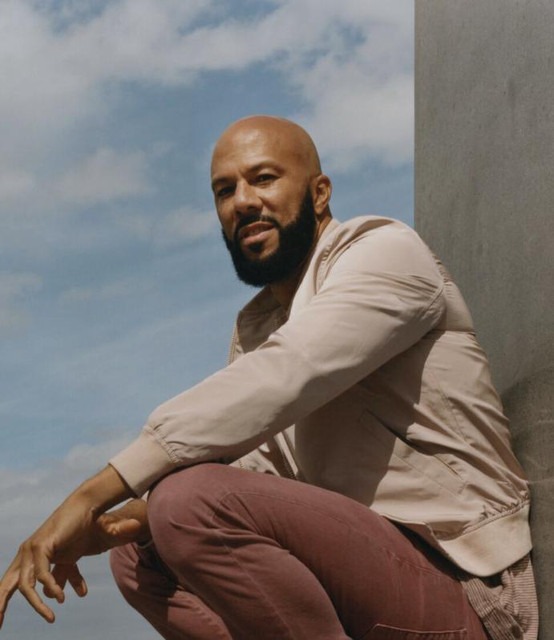 Lonnie Rashid Lynn, Jr. (born March 13, 1972 in Chicago, Illinois), better known by his stage name Common (previously Common Sense), is a Grammy award winning rapper, author and actor known for lyrics that focus on love and spirituality. Signed to Kanye West's G.O.O.D. Music, many people describe him as being a conscious hip hop artist who makes songs that send a message. He debuted in 1992 with the album Can I Borrow a Dollar? and maintained a significant underground following into the late 90s, after which he gained notable mainstream success through his work with the soulquarians. As well as music, Common has worked as an actor, on the films 'Smokin' Aces' (as Sir Ivy) 'American Gangster' (as Turner Lucas) and 'Wanted'. He may also be seen in cameo roles in films such as 'Brown Sugar'. His debut was the 1992 album Can I Borrow A Dollar, but he achieved little critical or commercial success until 1994's Resurrection, an instant classic. He produced several more albums, notably Like Water For Chocolate and the highly experimental Electric Circus, before releasing the Kanye West and J Dilla-produced Be in 2005, which was his first album to receive widespread mainstream appeal and radio playtime. Common is considered a "cred" artist, which has lead him to collaborations with the likes of De La Soul, Jadakiss, T.i, Talib Kweli, The Roots, Kanye West, Lily Allen, Erykah Badu, and Fort Minor. 2007's Finding Forever was produced mainly by long-time collaborator, Kanye West. Universal Mind Control is the 8th album from Chicago hip-hop artist Common. User-contributed text is available under the Creative Commons By-SA License and may also be available under the GNU FDL.

Common has been mentioned in our news coverage

Below is a sample playlists for Common taken from spotify.

Do you promote/manage Common? Login to our free Promotion Centre to update these details.