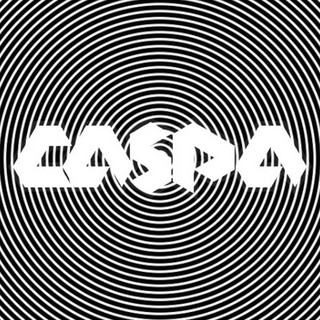 Caspa: You know the name… Now know the facts.

A global force in dubstep, his commitment and creativity is coded deep into the scene’s earliest framework: the Dopest Ghost In Town was hard at work long before the seismic cultural explosion in the late 2000s. Long before dubstep even had a name.

Back then west Londoner Gary McCann was representing England as a basketball player. When his sports career was stopped abruptly by an injury he shifted his focus fully to beats and applied the same pro attitude. Under the name Quiet Storm he fully immersed himself in the most exciting, creatively daring and technical benchmark setting underground musical movement since jungle… Which was the genre that turned him on to electronic music in the first place.

Endless ground-breaking, scene-shaping manoeuvres have followed in every aspect of his career: As a DJ he was a key figure on pioneering pirate station Rinse FM during the early 2000s, he’s been the support act of choice for the mighty Prodigy in 2012 and 2013 and was booked by Pete Tong as the first dubstep DJ to play in Ibiza in 2009.

As a producer not only has he remixed the biggest names in the widest realms of electronic music (Depeche Mode, Deadmau5, Buraka Som Sistema, Swedish House Mafia and many more) but he was also the first dubstep producer to officially remix a US rap artist (Ludacris – ‘How Low Can You Go’). Meanwhile as a label owner he’s been responsible for signing the debut productions by fellow bass titans Rusko, Emalkay and N-Type.

Caspa has been mentioned in our news coverage

Five of the Best at NASS Festival

Here are the latest Caspa mixes uploaded to Soundcloud.

Do you promote/manage Caspa? Login to our free Promotion Centre to update these details.