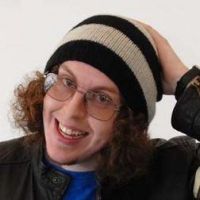 Carl started performing stand-up regularly in 2005 and quickly established himself as one of the most exciting new comics climbing the comedy ladder. His conversational style and silly sense of humour have seen him win a host of awards and become a regular act and MC at clubs all over the country (and the world having also performed in France, Germany, Singapore, The Netherlands, Oman, Dubai, Ireland and probably some others he has forgotten about!).

Carl Donnelly has been mentioned in our news coverage

Do you promote/manage Carl Donnelly? Login to our free Promotion Centre to update these details.