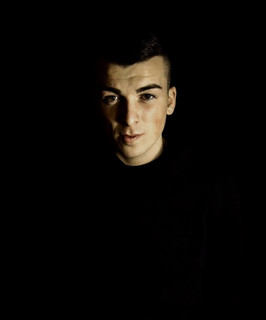 By the time most DJs have turned 18, they haven’t stepped foot inside a nightclub, they haven’t had a track released on one of the scenes most respected labels and they haven’t played at one of the countries biggest festivals… that’s most DJs. Calvin Logue is NOT most DJs. The 18 year old rising star from a small Glasgow suburb has gone from strength to strength over the past Two years, with a fan base that’s growing by the day and a string of sell out events to his name.

Calvin’s name started creeping onto event flyers in early 2012 and since then he’s been featured alongside some of the biggest artists in the scene. Not one to be pigeonholed, Calvin fits perfectly on any line up, whether it is a main room peak time set or being the man responsible for warming up the dance floor. On Calvin’s 18th Birthday, he opened the main stage at Coloursfest, one of Scotland’s biggest dance events, after which things only got better for this young DJ as he then went on to play the main room in Pacha London the following week.

In the summer of 2013 Calvin made his debut on the party island of Ibiza, supporting Toolroom legend Mark Storie on a sold out boat party which was definitely one to remember. He has closed the main stage of some of Glasgow’s biggest venues such as the 02 Academy and The Arches (Youngest Scottish dj to close the arches main stage), supporting headliners Armin Van Buuren and Alesso, playing to thousands of people Calvin has showcased his talents and gained the support of the crowds.

With influences such as John O’Callaghan, Indecent Noise & Bryan Kearney, he knows how to keep bringing the noise in any club. Technical geniuses such as Laidback Luke and Carl Cox have also had their influence on Calvin’s energetic style of mixing. Dimitri Vegas & Like mike’s eye catching stage performances have also massively impressed Calvin.

It all started in 2007 when Calvin was just 12 years old, a time when most boys his age are only thinking about what to have for lunch that day. He knew from an early age that music was his calling, he got his hands on his Dad’s Technics and the rest is history as they say.

Calvin wanted to learn more of the music industry and then went on to do the sound engineering degree at SAE Institute. He also ran a weekly radio show on Bass Generator records and has now recently released his own monthly podcast ‘Lock & Logue Sessions’, which is available on iTunes. He’s taking his career as an artist with a head-on approach and nothing is going to stop him in his tracks. Calvin was voted #17 on the Vestax top 20 Dj’s which is a massive achievement at this stage in his career.

Calvin Logue has been mentioned in our news coverage

Here are the latest Calvin Logue mixes uploaded to Soundcloud.

Do you promote/manage Calvin Logue? Login to our free Promotion Centre to update these details.