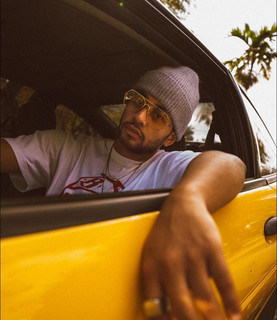 Cadenza â€“ Oliver Rodigan to his parents â€“ knew his life might follow a musical path at an early age. After studying piano and violin, as well as playing in the orchestra, he dodged a career as a lawyer, â€œI realised I didnâ€™t want to solve other peopleâ€™s problems,â€ and studied theology at Edinburgh University. It was here that his first proper track, â€œDarkest Hypeâ€ was released on Dummy. A dancehall monster that the labelâ€™s A&R team discovered during a set by legendary Reggae lover and DJ David Rodigan at Sonar. â€œMy dad likes a lot of what I do, obviously,â€ Cadenza laughs, â€œbut my mum is a little more hard to please. Sheâ€™s a good barometer.â€ It comes as no surprise that Cadenza has picked up some of his dadâ€™s musical influences by osmosis. â€œBut I wouldnâ€™t say they wanted me to go into music

Manager, Producer, A&R, Label Boss... and of course a sought afterDJ in his own right â€“ Cadenza truly is a 21st century renaissance man. Rather than focusing the live aspect on Cadenza shows, he has made the conscious decision to remain as a DJ, playing out other peopleâ€™s music, while working on his own catalogue. With his DJ sets skating through genres â€“from dancehall to grime and jungle, he manipulates each set specifically for the location heâ€™s DJing from. â€œI love playing other peopleâ€™s music,â€ he confirms, â€œI have a template of which sequences work nicely that I adapt, and with each show Iâ€™ve learned what works and what doesnâ€™t.â€

Cadenza has been mentioned in our news coverage

Andrea Oliva Interview: 'It's something special, having your own night'

Here are the latest Cadenza mixes uploaded to Soundcloud.

Do you promote/manage Cadenza? Login to our free Promotion Centre to update these details.