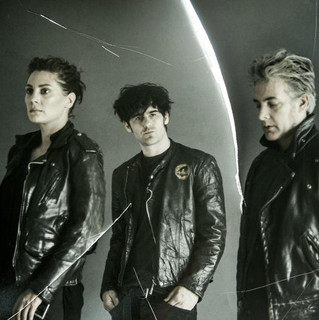 Black Rebel Motorcycle Club is a rock band from San Francisco, United States now based in Los Angeles. The band formed in 1998. They are influenced by Johnny Cash, The Rolling Stones, Iggy Pop and the Stooges, The Brian Jonestown Massacre, The Doors, Sex Pistols, The Ramones and 1980s British acts like Spacemen 3 and especially The Jesus and Mary Chain. Their style also encompassed slower paced psychedelic dreamy grooves influenced by shoegazers like My Bloody Valentine and Ride.

Black Rebel Motorcycle Club has been mentioned in our news coverage

BRMC and more added to Standon Calling line up

Interview: The Fresh and Onlys on creativity, inspiration, and San Francisco

Below is a sample playlists for Black Rebel Motorcycle Club taken from spotify.

Do you promote/manage Black Rebel Motorcycle Club? Login to our free Promotion Centre to update these details.