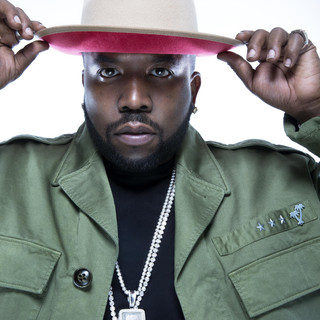 Antwan André Patton (born February 1, 1975 in Savannah, Georgia), better known by his stage name Big Boi, is an American Grammy Award winning rapper, producer, actor and half of the critically and commercially successful hip hop duo OutKast. Big Boi met André 3000 while attending high school in the 1980s and the two eventually joined forces as OutKast and signed with LaFace Records. After six successful albums as a duo they both decided to work on solo projects, and Big Boi's debut solo album Sir Lucious Left Foot: The Son of Chico Dusty was released July 6, 2010.

Big Boi has been mentioned in our news coverage

The triumphant return of OutKast

Below is a sample playlists for Big Boi taken from spotify.

Do you promote/manage Big Boi? Login to our free Promotion Centre to update these details.