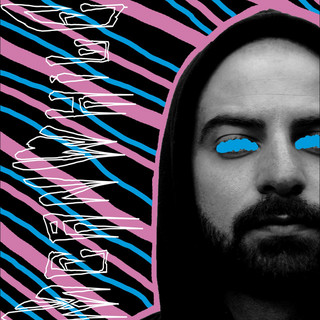 Andy Carroll first started DJing in and around Liverpool in the early eighties, his passion for music and appetite for several genres, not to mention an ability behind the hallowed turntables is the reason he is as popular and relevant today.

In his early days Andy toured as a roadie with The Dead Kennedys for 3 UK tours whilst managing his friends punk band so it was a natural progression to move into DJ-ing where he played alongside numerous up and coming bands, including Pig Bag, The Icicle Works and Teardrop Explodes, delivering an eclectic mix of Roxy Music/ Bowie/ T-Rex combined with punk/ new wave/ new romantic and Goth with residencies at The Lincoln's Inn, Brady's (ex.Eric's) and Sandbaggers . His unique understanding of music, no matter where it's roots were, made him one of the UK's most popular DJs. His ability to effortlessly mix genres is something that still sets him apart from many of his peers today. Whilst 'Balearic' was sweeping the trendier clubs in the south, Andy's philosophy of playing “good” music was making quite a name for himself in the north; along with DJ partner at the time Mike Knowler he would integrate popular city anthems of the time with Françoise K remixes of The Smiths and obscure dubs of New Order at the hallowed nightclub The State . In 1986 Mike went out to America in and introduced Andy to the new underground sound ,later be known as 'House' music when he returned . The two embarked on a mission fuelled by the 'House' sound of Chicago, the 'Technological' house of Detroit and the 'Garage' eclectic soulful house sounds of New York City to integrate with the varied soundtrack of one of the countries best kept secrets . As the crowd hungered for more 'House' music it took over as the Acid House Rave-o-lution went ballistic across the UK . Andy was next at The Underground for a short while before being invited to DJ by Mike at what became the second wave of the rave phenomenon 'Quadrant Park'. Andy and Mike invited two friends from The Underground club ,James Barton and John Kelly to join them DJ-ing at the warehouse all-nighter .

Earlier Andy had met and befriended James Barton & Darren Hughes and between them they would prove instrumental in the evolution of clubbing in the city of Liverpool as well as being responsible for the birth of one of the world's biggest clubbing brands, Cream. Andy was resident at the super-club but left the partnership before it grew into two rooms and going on to become one of the world's most recognisable clubbing brands. Andy remained as resident DJ for over 10 years .

Andy Carroll has played at some of the world's biggest night clubs, travelled extensively with his music under his arm including touring with Jamiroquai in the UK and Japan and remains an integral part of the global scene, almost three decades on. He is also no stranger to Ibiza after nearly 20 consecutive seasons and has played at many of the seminal nights throughout its short clubbing history including residencies at the legendary Manumission and Cream for over 10 summers . More recently residencies at 'We Love' in Space and for Ibiza Rocks see him delivering genre-crossing sets to a whole new legion of fans.

Andy Carroll has been mentioned in our news coverage

Below is a sample playlists for Andy Carroll taken from spotify.