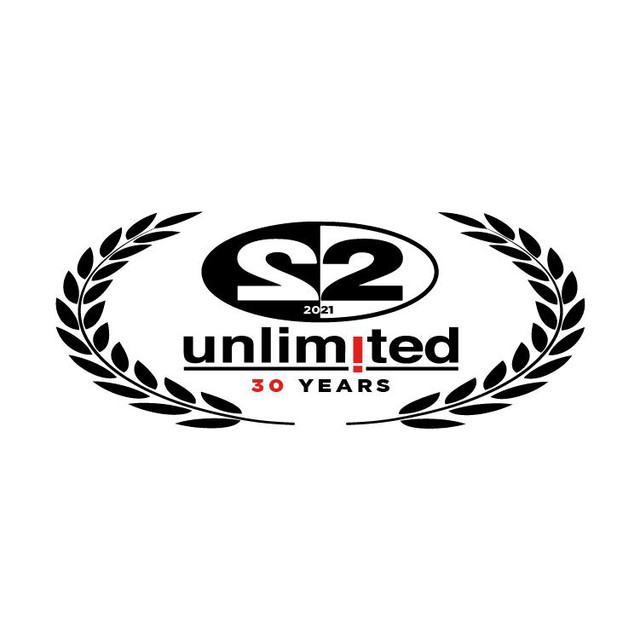 2 Unlimited was a Eurodance group from Amsterdam, Netherlands formed in 1991. The project was the brainchild of the Belgian production duo Jean-Paul De Coster and Phil Wilde, who wrote and recorded the backing tracks. Their songs' vocals were performed by Dutch rapper Ray Slijngaard and singer Anita Doth, who also wrote the lyrics. The two original members now record as Ray & Anita.

Their first hit, Get Ready for This, was released in 1991 and took the European charts by storm, first as an instrumental version, then as a rap version. They are best remembered for No Limit, which was a world-wide number one hit in 1993, reaching number one in 35 countries. The group amassed a total of twelve Top 20 hits in the United Kingdom, and took two of their albums to number one as well.

Shortly after releasing a greatest hits album, they split up in 1996 due to conflicts over 2 Unlimited's future: Ray Slijngaard wanted to move more towards rap, whereas Anita Doth wanted the group to become an R&B-inspired group.

Anita initially started working for Dutch radio station Radio 538, later releasing a solo album called "Reality". Ray also tried to launch a solo career, which turned out to be commercially unsuccessful. The duo are thought not to have spoken to each other for ten years.

De Coster and Wilde brought in two new singers, Romy van Ooijen (b. 18th November 1971) and Marjon van Iwaarden (b. 18th June 1974) in 1998, but ultimately this new project was relatively unsuccessful, with single "Wanna Get Up" only managing to reach number 38 in the UK. After just one album, the new duo also parted in 1999.

More recently, remixes of "No Limit" and "Tribal Dance" were moderate hits in Germany and in 2004 a DVD featuring all their videos was released through ZYX Records. Anita still tours nightclubs around Europe, performing her old band's greatest hits and is also part of the group Divas Of Dance. A petition on the Internet for Anita to re-form 2 Unlimited has so far been unsuccessful.

2 Unlimited has been mentioned in our news coverage

IT'S A ESSEX THING CHRISTMAS PARTY

Interview with Echoes And Dust

Below is a sample playlists for 2 Unlimited taken from spotify.

Do you promote/manage 2 Unlimited? Login to our free Promotion Centre to update these details.