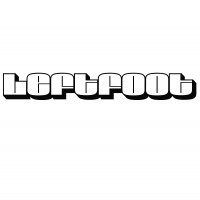 Keep track of Leftfoot events, tickets and news - all in one place. Join this group now for updates as they happen!

next 5 Leftfoot Events view all