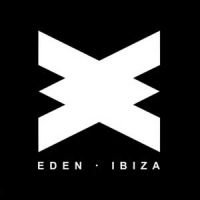 Keep track of Eden Ibiza events, tickets and news - all in one place. Join this group now for updates as they happen!

next 5 Eden Ibiza Events view all

Directly on the waterfront of San Antonio, opposite the harbour. Perfect for town-based clubbing. If you are staying down the Bay (Port d'es Torrent), the disco bus ferries clubbers back and forth all night. Eden Ibiza was born in 1999, rising from the ashes of former San Antonio Club Kaos. Under new management, and after the entire building was re-built, the club quickly began to get noticed as a serious Ibiza player. Eden Ibiza Nightclub has a huge capacity, two floors, 13 bars, two VIP areas, a funky room and a separate chill out room. It is no wonder that Eden attracts the finest clubbing nights and promoters on the island, including Pete Tongs Wonderland, Judge Jules Judgement Sundays, the hugely popular Mondo Loco, a brand new night- Reclaim The Dancefloor with Ibiza Rocks After Party and many more. The club also boasts the finest array of DJs, with this years headliners including Pete Tong, Judge Jules, Eddie Halliwell, Eric Prydz, Groove Armada, Timo Maas, Sander Van Doorn, Marco V, Lisa Lashes, Nic Fancuilli, James Zabiela, Plump DJs, Stanton Warriors and many many more! Its an unbeatable line-up of events and DJs.