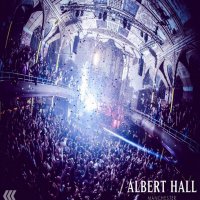 The Brooklyn based quartet will appear at Manchesters Albert Hall as part of a recently announced world tour, in support of their upcoming release 'Two Hands'.

Band members Adrianne Lenker, Buck Meek, Max Oleartchik, and James Krivchenia all headed out to Sonic Ranch Studios earlier this year, to document what could be the bands most important collection of songs to date, just a week after completing their earlier celebrated album. Dissimilar to the greener setting of the U.F.O.F recording sessions, the southern desert location of El Paso was specifically chosen to assist in conveying Big Thief's message.

Explained by the band in a recent press release, Two Hands, described as the 'Earth Twin' to the former record, is a political piece, detailing the perils that our planet faces due to human interference and the environmental damage we cause. It's a statement stressed throughout the ten track album.

£1 from every ticket will go to support Girls Rock Camp and their work empowering girls, trans and gender-diverse young people through music education and mentorship.

Big Thief Manchester tickets are now available to purchase below.