Formed in 2012, City Sound Project has grown to become of the UK's largest metropolitan music festivals, encompassing every major venue, space in the beautiful and historic city of Canterbury.

From warehouses to castles, secret gardens to huge public parks, underground toilets to crumbling chapels; CSP is unique in the country in terms of the diversity of both music and event spaces.

With past headliners such as Bastille, George Ezra, Mystery Jets, Wolf Alice, Gorgon City, Duke Dumont, Hannah Wants & Disciples to name a few; City Sound Project is a celebration of the modern British sound and encompasses everything from grime to house, spoken word to UK hip hop, bands and lots more… 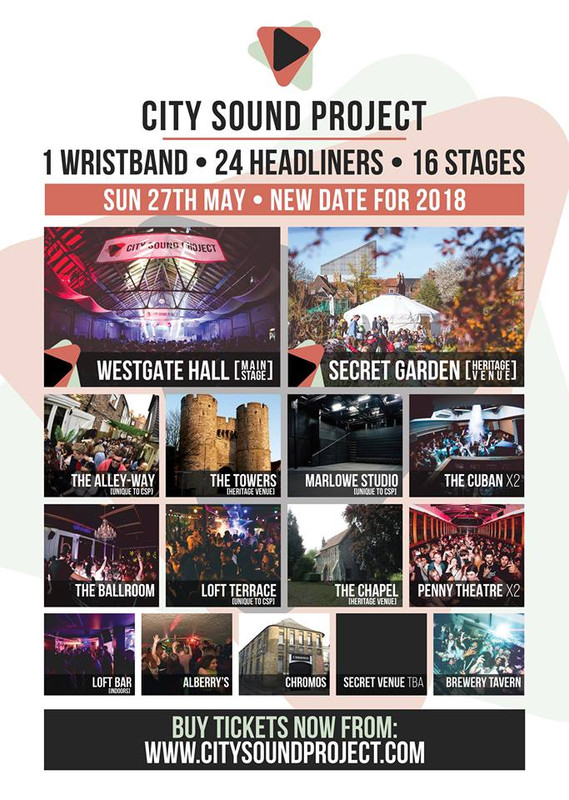