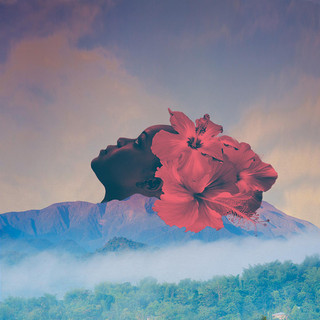 Anybody keeping an eye on the ongoing development of the British jazz scene will have noticed Zara McFarlane in the last few years. The 28 year-old London vocalist has made a string of impressive appearances with musicians who do no choose their collaborators without careful consideration –Denys Baptiste, Orphy Robinson, Soweto Kinch and Jazz Jamaica All Stars to name a few. McFarlane’s appearance on the latter’s 2006 Motown-themed album Motor City Roots revealed a singer whose power was offset by delicacy, as was clear from her sensitive handling of Stevie Wonder’s 'My Cherie Amour'.

All of these experiences have furthered the growth of Zara McFarlane as an artist in the most complete sense of the term and the singer made good on her potential when she issued her self-produced EP, 'Until Tomorrow' in 2010. The 6 track mini-album was evenly split between original compositions such as 'Captured' and standards like the perennial jazz favourite 'On Green Dolphin Street'. There was enormous poise in the way that McFarlane handled the melodic line and chord changes of a piece but what was arguably as impressive was the fact that she asserted herself as a thoughtful lyric writer.

Now that EP has evolved into a full-length album, 'Until Tomorrow', and it marks Zara McFarlane’s debut for Gilles Peterson’s Brownswood Recordings.

Backed by a brilliant aggregation of musicians that includes pianist Peter Edwards, double bassist Nick Walsh, drummer Andy Chapman and saxophonists Binker Goldings, Camilla George and Zem Adu, McFarlane comes into her own on an engrossing set that includes more originals such as 'Chiaroscuro', 'Blossom Tree' and 'More Than Mine'.

One of the curveballs that McFarlane throws on 'Until Tomorrow' is her rendition of 'The Children And The Warlock' and 'Thoughts'. These two superb tracks are by pianist and composer Harry Whittaker, a relatively unheralded figure in the jazz world who is nonetheless respected for his work with Roy Ayers, Carmen Lundy and his own Black Renaissance project. “Gilles [Peterson] introduced me to Harry Whittaker’s trio album, 'Thoughts Past And Present',” says Zara. “There were a couple of tracks that I chose from there. His writing reminded me of Pete’s [Edwards] in a way. It was really melodic, spacious and very emotive. That’s what I try to have in my music. It’s more of an emotional journey as opposed to a just piece for the sake of writing a piece.”

The arrangements for 'Until Tomorrow' have a liberal dose of subtle, stealthy swing, yet as steeped as Zara McFarlane is in the jazz tradition, she has brought an eminently soul undercurrent to what she does, and it is entirely possible that she could appeal to audiences weaned as much on Jill Scott and Erykah Badu as Cassandra Wilson and Dianne Reeves. Blessed with a fine voice and a strength of character that has led her towards thought-provoking, if not challenging lyrics, Zara McFarlane has with 'Until Tomorrow' taken a giant step down the road to what is surely a long, illustrious career.

Zara McFarlane hasn't been mentioned in our news coverage

Below is a sample playlists for Zara McFarlane taken from spotify.

Do you promote/manage Zara McFarlane? Login to our free Promotion Centre to update these details.