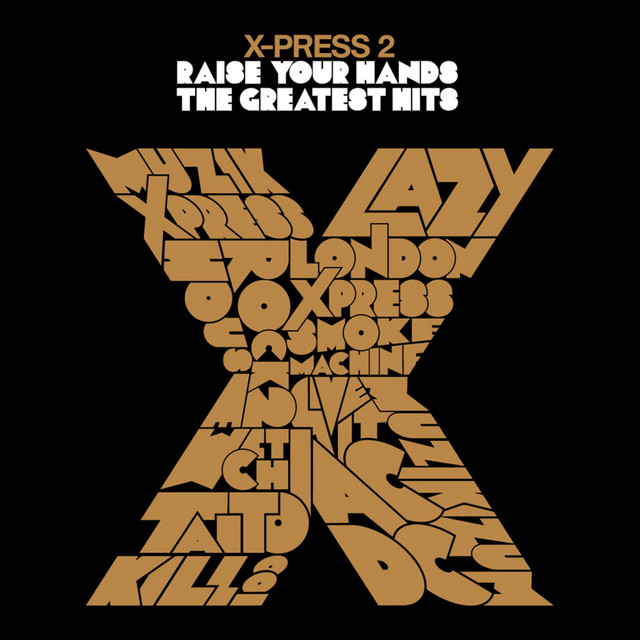 It’s hard to believe that X-Press 2 have been at the vanguard of British electronic music for two decades now. Whether it’s as musicians, DJs or remixers, the London duo share the same sense of musical discovery that first united them on the dance floors of Shoom and Spectrum and the Balearic playground of Ibiza. A pioneering spirit that fuelled early Nineties underground anthems such as the percussive, US-influenced Muzik Express and London X Press. Chutzpah that helped them create languid deep house classics like Lazy and Give It with vocalists as unlikely - yet inspired - as David Byrne of Talking Heads and Kurt Wagner of Lambchop.

The departure of Ashley Beedle a few years ago changed the dynamic, but also enabled Rocky and Diesel to develop the X-press 2 sound further, with some explosive productions such as the two EPs with Tim Deluxe, a kindred spirit whom they got to know well when they shared DJ bills at the Ministry of Sound. Small-hours monsters such as Tonehead Chemistry and Siren Track combined the heads-down grooves with which they made their name (Classic X-Press 2, says Rocky) with spacious, action-packed breakdowns They were the most visceral, dance floor-geared productions Rocky and Diesel have been involved with for years.

Rocky and Diesel began working on their first album as a duo, and drew on their earliest influences of pre-house warehouse parties. Rare groove, soul, jazz, go-go music, all different sorts of stuff being played, says Diesel. In Ibiza in the late Eighties, we’d be dancing to Acid Trax, then a Rolling Stones record, or the Woodentops. And 20 years later, says Rocky, there’s a bit of that going on again. Clubs like the Social have an anything-goes ethos - King Tubby one minute, a dubstep record the next and then a house thing.

X-Press 2 has been mentioned in our news coverage

Below is a sample playlists for X-Press 2 taken from spotify.

Do you promote/manage X-Press 2? Login to our free Promotion Centre to update these details.