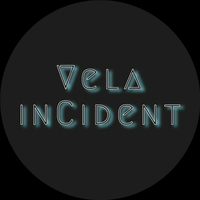 Whilst to many other acts, 2020 will be seen as the year when music stood still, it was the year Vela Incident, originally from Port Talbot, burst onto the Indie Music Scene with a bang.

Although originally formed over 20 years ago, lockdown gave Matt Bradley (Vocals), Patrick Oliver (Synths, Organ, Piano), Adam Cardy (Rhythm Guitar) and Adam Tweed (Bass) the opportunity to put some serious time and effort into the band. With the addition of David Flynn (Lead Guitar) in early 2021, the line up was complete.

Releasing material originally written as teenagers, Vela Incident revised and reworked these songs, releasing Perfect Flaw, Hey You, Home and Queen of Liverpool in quick succession. Their anthemic, ambient, melodic and carefree sound marries nicely with a Britpop vibe bringing something new to the arena and has been enthusiastically received by an ever expanding loyal fan base.

Unbelievably, less than 6 months after reforming Vela Incident are already grabbing the attention of big radio stations with their singles, Queen of Liverpool and Double A side, For All Lost Souls/The Switch, being played on BBC Introducing and Radio X.

With many more songs ready to be recorded and released over the next few months, 2021 is bound to be a busy one. Ideas are already in place to release a series of EPs and getting out on the road. #uppaVela

Vela Incident hasn't been mentioned in our news coverage

Below is a sample playlists for Vela Incident taken from spotify.

Do you promote/manage Vela Incident? Login to our free Promotion Centre to update these details.