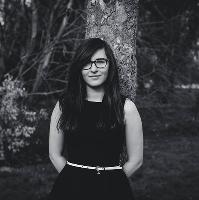 Vanessa Murray, a singer/songwriter from Liverpool has been described as ‘a small girl with a big voice’. Her sophisticated and emotive songs have helped her win nationwide competitions, awards and have captured the attention of many including Sandie Shaw who praised Vanessa’s musicality as ‘Astonishing’, Paul Carrack who described Vanessa as a “Great New Artist” and Jo Dipple CEO of UK Music who described Vanessa’s songwriting ability as “Incredible”.

Vanessa recently released her debut EP 'It's About Time' which is now available to buy on iTunes.

Vanessa Murray has been mentioned in our news coverage

New Era of one of the best entertainment gigs in Liverpool

Do you promote/manage Vanessa Murray? Login to our free Promotion Centre to update these details.