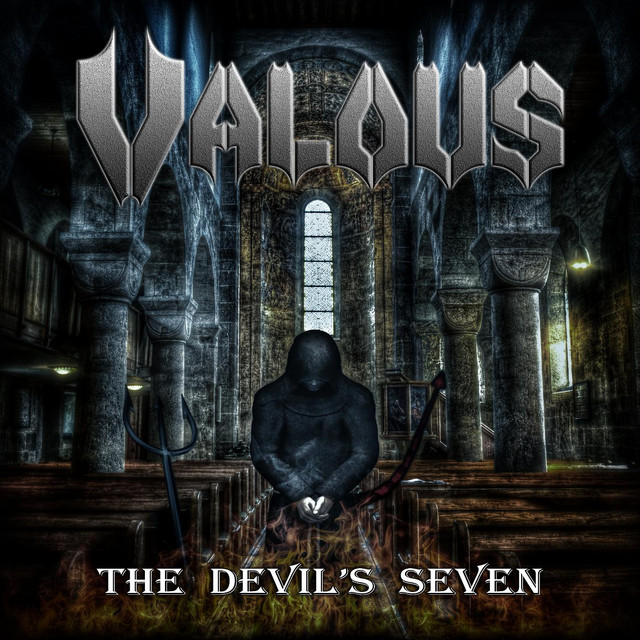 Reforming in 2010 after an extended hiatus and bringing with them a new fire up their asses. This metal four piece are set to continue their plans for planetary ownage and conversion of all who doubt that metal isn't anything but the one true way. From brutal angst to tender destruction, the music these guys make proves to everyone in earshot that metal feels good... feels real good... feels really f*****g good!!! After more than 3 years spent back on the road, Valous have cemented their reputation as an Epic Live outfit playing Metal with melody and meaning! In November 2011 Valous released the REBIRTH E.P, taking it on the road in 2012 playing a host of critically acclaimed shows including slots for Emma Scott Presents at Birmingham O2 Academy, appearences at Twitrfest and Basementfest 2012 aswell as a headlining slot at the ROCK FOR SOPHIE event in Dudley. In February 2013 Valous released debut album 'The Things You Once Knew' with a Birmingham hometown show before embarking on a tour with fellow Midlands Metallers Left for Red. Since its release Valous have supported the likes of Breed 77, Evil Scarecrow, Sacred Mother Tongue, Voodoo Six and Mordred and have twice headlined the O2 Academy 3 in Birmingham for Ovation Music. In mid 2014 they bid a sad farewell to second guitarist, JD. Due to work commitments he simply did not have the time to focus on Valous as well as work and training towards his new career. As such both parties came to the decision to part company but as brothers Valous wish him every success in his future and whatever it may hold!! In November 2014 Valous were thrilled to introduce new guitarist Paul Anthony Sippets to the fold as The touring cycle for The Things You Once Knew was completed!! Valous are currently hard at work on Second Album 'The Devil's Seven' due for release on 3rd May 2015. MAT SHUTT - VOCALS, RIG - GUITAR, PAUL SIPPETS - GUITAR, ANDY O'BRIEN - BASS, RON - DRUMS

Valous hasn't been mentioned in our news coverage

Below is a sample playlists for Valous taken from spotify.

Do you promote/manage Valous? Login to our free Promotion Centre to update these details.