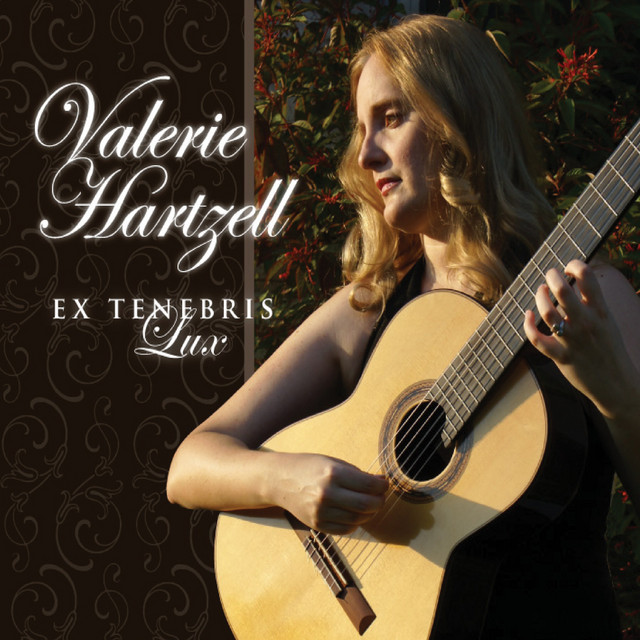 Valérie Hartzell began her classical guitar studies on a half-size Ramirez at the age of three. At the age of six, she studied with maestro Alexandre Lagoya at the Académie Internationale d’Eté in Nice, France.

She has performed in Europe, Canada, the U.S. and has appeared on television in Nice, FR and Houston, TX. She has also been featured on National Public Radio in Texas and Alaska, the show “Women in Music” which is broadcast on CKWR, 98.5 FM Canada, U.S. syndicated radio show, Classical Guitar Alive! and on the BBC Radio in the UK. She has been featured in several guitar magazines and newspapers including Bedfordshire The Oracle (UK), Bedfordshire on Sunday (UK), Anchorage Daily News (Alaska, USA), Warrington Guardian (UK), Soundboard Magazine (US), Classical Guitar Magazine (UK), and Gendai Magazine (Japan).

She has performed in over 30 festivals, including the 2010 ChamberArt Music Festival in Madrid, Spain, the East Carolina University Competition and Festival in Greenville, NC, the Pennsylvania Academy of Music Festival where she shared the stage with Eliot Fisk, Guitaromania in Agen, France, and at the Menil Community Arts Festival Performance at the Rothko Chapel.

Valerie Hartzell hasn't been mentioned in our news coverage

Below is a sample playlists for Valerie Hartzell taken from spotify.

Do you promote/manage Valerie Hartzell? Login to our free Promotion Centre to update these details.