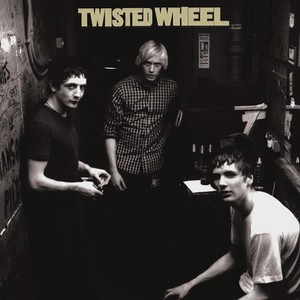 Twisted Wheel has grown into its name more than any other band. The real rock ‘n’ roll outfit had hit the kerb, was discarded by the one-size-fits-all industry and then self-sabotaged before bouncing back on a groove last year. Following on from a 90% sold-out ‘Snakes and Ladders’ tour, a Number 1 in the UK physical charts, Liam Gallagher support slots, Leeds Reading festivals and many more, the band hammered the year off with the phenomenal Jonny Guitar tour.

Without losing momentum, an album was recorded in Manchester in January and festival dates already confirmed for 2019: Leeds / Reading, The Highest Point, Kendal Calling, Y Not, Mosfest, and many more. The Nomad Hat Tour kicks off nationally on the 3rd May and finishes on the 15th Nov at the 1500 Capacity Manchester Ritz.

With a new album due later in the year and three singles to be released before that, you have been duly warned. Do not blink! You will miss Twisted Wheel hurtle past at the speed of light, changing the landscape with its soundquake.

Twisted Wheel has been mentioned in our news coverage

Below is a sample playlists for Twisted Wheel taken from spotify.

Do you promote/manage Twisted Wheel? Login to our free Promotion Centre to update these details.