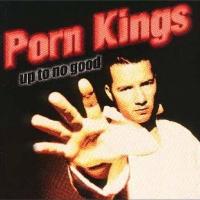 Save The Rave: Outdoor 90's Festival!

The Porn Kings shape their own brandish style of club/dance music for an eclectic listen similar to their fellow cohorts out of Liverpool. Releasing hits since the mid-'90s, these electronic slicers and dicers' first major single was "Up to No Good," which went Top 30 in Germany and the U.K., as well as sizzling to number one in Canada. Davy T. and the rest of the crew finally gathered their biggest breakbeats and techno slides for a full-length, named for the successful first single, three years later, as well as mixing for DJ Quicksilver, Young MC, Josh Wink, and Pamela Fenandez.