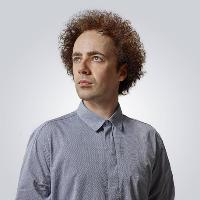 Skiddle is an official ticket outlet of Snowboxx 2020. Get Snowboxx Festival tickets, news and information with Skiddle.com

One of D+B’s all time greats, High Contrast has been responsible for seminal anthem after anthem throughout his career. After becoming an iconic and respected hero at Hospital Records with classics like ‘Kiss Kiss Bang Bang’ and ‘If We Ever’, his widespread success takes him to new heights with the release of his fifth studio album ‘Night Gallery’ and his long-anticipated single ‘Days Go By 2019’.

In 2017 The High Contrast Band was born, transforming his D+B classics and new-wave anthems into a captivating live performance with his five-piece band, complete with outstanding vocalists, drummer, guitarist and Lincoln Barrett himself taking centre stage.

Having already performed stages at Reading & Leeds, Hospitality In The Park, NASS and MADE, The High Contrast Band are now returning to London once more, following a brace of sold-out shows, at one of London’s most legendary institutions, Heaven nightclub.

The High Contrast Band hasn't been mentioned in our news coverage

Do you promote/manage The High Contrast Band? Login to our free Promotion Centre to update these details.