» Events » Events by artist » Teeth Of The Sea 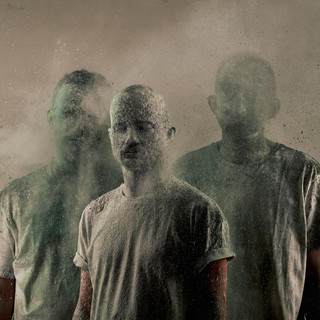 Teeth Of The Sea tickets and 2021 tour dates

Teeth of the Sea is a psychedelic rock band from London, UK. The members of the group (Sam Barton, Mike Bourne, John Hirst and Jimmy Martin) were inspired to forge forth in search of oblivion unknown after experiencing an epiphany during a Wolf Eyes gig.

After the release of their album "Orphaned by the Ocean" on Rocket Recordings in January 2009, John Hirst left the band, to be replaced by Mat Colegate. After a tour with Oneida, an appearance at the Offset Festival, and November's "Holy Trinity" tour with Gnod and Thought Foms, Teeth of the Sea released a 24-minute long EP titled "Hypnoticon" in January 2010. Their second album, "Your Mercury", was released in November 2010.

2011 saw them tour with British Sea Power, Esben & The Witch and Parts & Labor, as well as playing the Supersonic, Standon Calling and Supernormal Festivals, along with dates with Circle, Crippled Black Phoenix and Vessels. They also performed a specially commissioned soundtrack work REAPER (a Re-Imagining of Neil Marshall's Doomsday) for the Branchage Film Festival in Jersey in September, and ressurrected it in London for a one-off event in January 2012.

A third album, titled "Master", was released in 2013, again on Rocket Recordings.

A fourth album, titled “Highly Deadly Black Tarantula”, was released via Rocket Recordings in 2015. Their fifth album “Wraith” was released in 2019, again through Rocket Recordings. Read more on Last.fm. User-contributed text is available under the Creative Commons By-SA License; additional terms may apply.

Teeth Of The Sea News

Teeth Of The Sea hasn't been mentioned in our news coverage

Teeth Of The Sea playlist

Below is a sample playlists for Teeth Of The Sea taken from spotify.

Teeth Of The Sea videos

Do you promote/manage Teeth Of The Sea? Login to our free Promotion Centre to update these details.