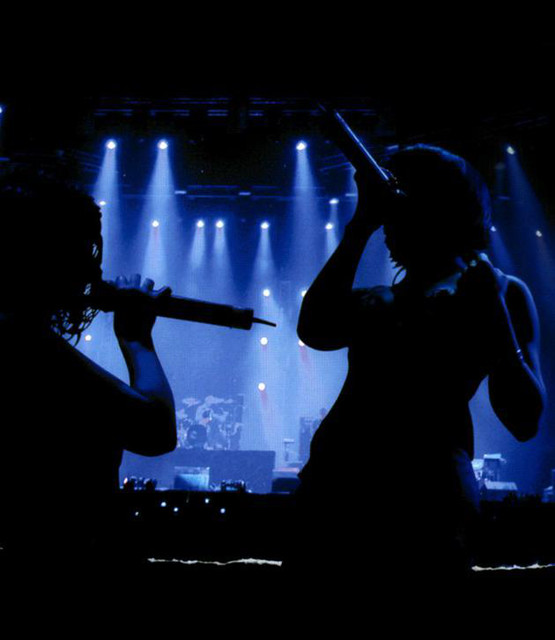 t.A.T.u. was a pop duo which formed in Moscow, Russia in 1999. The group consisted of singers Lena Katina and Julia Volkova. The discography of t.A.T.u., contains 9 albums (three Russian and three English studio albums, 2 remix albums and one compilation album) plus 22 singles. Together over 20 million copies of t.A.T.u. releases was sold. In 2000, the duo's first single - "Ya Soshla S Uma", was released and quickly became popular on Russian radio stations. 200 km/h in the Wrong Lane, the English language version of their debut album, went Gold, Platinium or Diamond in several world countries like Russia, USA, Japan, Germany, France, UK or Poland. In October 2005, they released their second album, Dangerous and Moving, and its Russian counterpart, ÐÑÐŽÐž ÐžÐœÐ²Ð°Ð»ÐžÐŽÑ, which became platinum in Russia. In late 2006, girls released a Best Of compilation, and then ventured on their own after negotiating out of their contract with Universal Music. The third Russian studio album, ÐÐµÑÑÐ»ÑÐµ ÑÐ»ÑÐ±ÐºÐž, was released in October 2008 in Russia, and its English counterpart, Waste Management, in December 2009 digitally around the world. After two year hiatus (from March 2009) at the end of March 2011, the band was officially announced as disbanded due to conflicts between the girls, and both wanting to pursue solo careers. They finalised the band's discography with a double remix album for Waste Management. User-contributed text is available under the Creative Commons By-SA License and may also be available under the GNU FDL.

t.A.T.u. hasn't been mentioned in our news coverage

Below is a sample playlists for t.A.T.u. taken from spotify.

Do you promote/manage t.A.T.u.? Login to our free Promotion Centre to update these details.