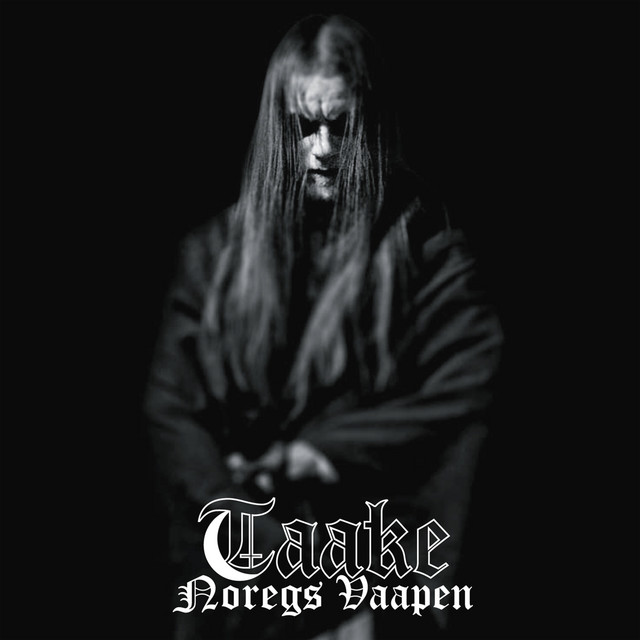 Taake (Norwegian pronunciation: [ˈtoːkə]) is the solo vehicle of Ulvhedin Høst (Ørjan Stedjeberg), also known as Høst or Hoest. The band was formed in Bergen, Hordaland, Norway. During 1993, originally billed as Thule, Hoest proceeded to issue a brace of demos in 1993's 'Der Vinterstormene Rast' and 1994's 'Omfarnet Av Svarte Vinger' prior to adopting the new title of Taake. Billed as Taake, Hoest, together with Svartulv and Dim, the group cut the 1995 cassette 'Manndaudsvinter'. A three track 7" EP, issued by Hoest's own Mosegrodd Productions, arrived the same year with Hoest handling vocals, bass and guitar and Svartulv retained as drummer.

Taake's next move was to release the debut album 'Nattestid Ser Porten Vid' through the Wounded Love label. For these recordings session drummerTundra (a.k.a. Hans Helander) of Frostmoon and Tundra was employed.

A second album, 'Over Bjoergvin Graater Himmerik', witnessed the induction of a brand new band unit comprising of Gigantomachy guitarist C. Corax, Vendigeit bassist / keyboard player Keridwen and drummer Mutt of Gaahlskagg, Trelldom and Sigfader. However, studio time would be interrupted when Corax was imprisoned. The band finalised the recordings upon Corax's release from jail in late December of 2000.

Taake has been mentioned in our news coverage

Below is a sample playlists for Taake taken from spotify.

Do you promote/manage Taake? Login to our free Promotion Centre to update these details.