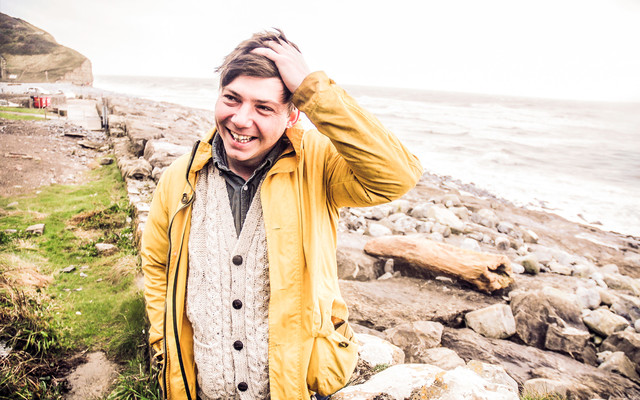 Sweet Baboo a.k.a Stephen Black formulated in the hills of North Wales some 10 or 11 years ago, initially as a way to impress girls and to waste Sundays. Locked inside his parents’ loft he would noodle and tinkle with his Casio keyboard, a 10 pound Tandy microphone, a little four track recorder and his father’s guitar. The culmination of this experimentation was the first two batches of Sweet Baboo songs. Firmly rooted in Welsh Psychedelic Pop (S.F.A, Gorky’s Zygotic Mynci) and a love of his Parents records (Bob Dylan, Johnny Cash) the songs would be early inclinations of the music SB makes today - a love of the country strum, flashes of keyboard wizardry, sweet, if slightly off key, harmonies and songs about girls, putting heads in vases, drinking, and sleeping.

These concealed home recordings SB remained a brainchild for a good 2 years or so, when Steve relocated to Wales’ capital City, Cardiff for another 3 years, and a pointless degree in playing the clarinet. During this time, a stint in local band JT Mouse made SB make the unavoidable decision to do this sh*t properly and go it alone.

Countless stories in Cardiff’s legend of the first few gigs are, if nothing else, entertaining. Steve enlisted a number of friends to play and p*ss about on stage, and would become the blind drunk ringleader playing four songs on a ukulele in an hour. He would forget words, forget songs and for a special occasion decided to remove one item of clothing after every song. Luckily someone thought to tell him to stop when he got down to his underwear.

Sweet Baboo has been mentioned in our news coverage

Below is a sample playlists for Sweet Baboo taken from spotify.

Do you promote/manage Sweet Baboo? Login to our free Promotion Centre to update these details.