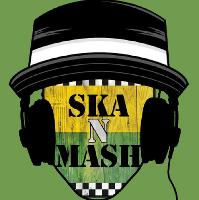 The Welcome Club in Stanford-le-Hope

dj Ska N Mash has been dropping tunes to dance floors for over 30 years. Original founder of The Turkey Joint in Brentwood which subsequently became the Sugar Hut, he has a history of playing old traditional ska, reggae, dub, mod, indie, punk, new wave, motown and northern soul.

He's often to be found in the line-up supporting bands and has developed into promoting his own events as a dj and with some class acts such as UB40, The Dualers, Neville Staple Band, Lee Thompson & the Silencers, Bad Manners, The Slackers, The Talks, New Town Kings, Big 10, The Kubricks, Special Kinda Madness, The Skammers and many more. He was the sole dj at Brentwood Festival 2014 and will appear again in 2015, he dj'd at Skamouth November 2014 and has been booked for Skabour 2015 in September.

His other great passion is 80s music of which he puts events on at pubs and clubs within and beyond Essex.

Ska N Mash has been mentioned in our news coverage