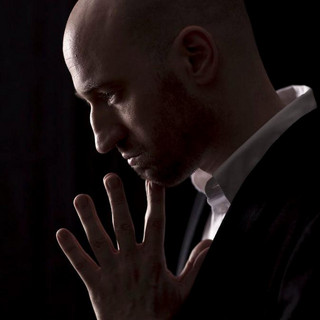 In My System Presents Deepa Sessions with Jimpster + Shur-ikan

Shurikan aka Tom Szirtes' is a musician/composer/keyboardist from London. As a young man playing keyboards with various jazz, funk and rock bands around London, Tom was working on his own material on the side. At his first solo gig he was discovered by renowned producer Tom Middleton (Jedi Knights, Global Communication) who released Shurikan's debut track "Niomi's Dream" on the Jedi's Night Out compilation for Mixmag.

Shurikan is a long time contributor to Freerange Records label, a relationship that started with the "Advance" album in 2001. The more dancey followup album "Waypoints" arrived in 2004.

2006 saw a string of highly acclaimed house influenced EPs such as Living Inside (remixed by Mike Monday) and Future Fantasy, I Want It, Finding Goa and Special Powers (collaborations with deep house don Milton Jackson), Underground Soul and remixes for the likes of Dave Lee, Trackheadz and Miguel Migs. Tom often DJ's around the world, along with his live performances. Tom's other projects include hiphop production (having produced on Katch22' s front man's HKB Finns MOJO award winning album Vitalistiks), regularly performing with Tom Middleton's AMBA project and improvisional super group The Bays. Tom has also collaborated with the likes of singers Elizabeth Troy, Clara Hill and has been producing/remixing for clients such as Universal, EMI and Virgin Records as part of his Showbizkids partnership with Dan D'Nell Jones.

Shur-i-kan has been mentioned in our news coverage

Your weekend in the Big Smoke!

Here are the latest Shur-i-kan mixes uploaded to Soundcloud.

Do you promote/manage Shur-i-kan? Login to our free Promotion Centre to update these details.