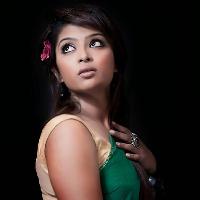 Saida Tani began to sing at the age of four. She started her singing career as a child, giving her first performance in a Junior school Competition. She did her early studies in Shibpur Pilot Girls High School, Motijheel Ideal school & college. There after she completed her graduation in HRM. She received her first musical training initially from her aunty (Fatima) for a school competition, her family recognized her musical talent and she was sent to a Local music school where her foundation in music was laid.

In the mean time she participated in many competitions. And as a young contestant she won national prizes like Jatiyo shishu puroskar, Mousumi shishu puroskar in Lokogeeti, Nazrul geeti, & Hamd n Naat in 1998, 1999, 2000 & 2001. Also she was an active member at stage drama and acting at school and university. She organized several fashion shows, stage drama where she was an active participant.

Saida Tani hasn't been mentioned in our news coverage

Here are the latest Saida Tani mixes uploaded to Soundcloud.

Do you promote/manage Saida Tani? Login to our free Promotion Centre to update these details.