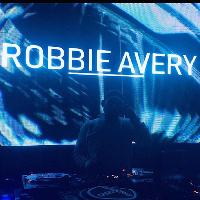 Robbie is passionate about Early House Music, especially on Vinyl and was heavily influenced by talent such as Paul Anderson, Sasha and Nipper, this is clear to see from his style of mixing and scratching skills behind the decks.

Originally from Birmingham, Robbie was a regular visitor to Shelleys, Amnesia House, The Hacienda and The Kool Kat in Nottingham. He started dj'ing in the early 90s, and played at and promoted nights in the Midlands regularly.

Twenty years on, he decided to dust off his decks and start spinning again after seeing a competition advertised by the promoters of the infamous Shelleys Laserdome - Stoke on Trent. Robbie went on to win this competition after submitting his 30 min demo mix, with a prize to play a DJ Set at the first Shelleys Reunion gig, held at Keele University. The promoters were that impressed by his set that night that he has continued to play for them ever since as a resident DJ, playing alongside some of his biggest influences oldskool DJ's and live acts in the UK to date!

ROBBIE AVERY hasn't been mentioned in our news coverage

Here are the latest ROBBIE AVERY mixes uploaded to Soundcloud.