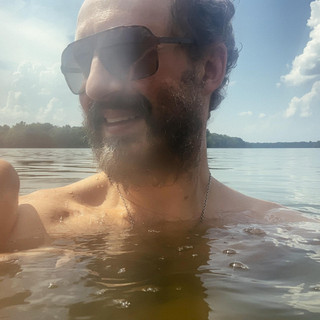 Phosphorescent is the solo project of Matthew Houck, an artist based in Brooklyn, New York. To date, Houck has released three full-length albums under the Phosphorescent moniker: Pride, released on Dead Oceans in 2007, Aw Come, Aw Wry released in 2005, on Misra, and a vinyl version on Coppertree, and A Hundred Times or More, released in 2003 on Warm Records. Warm also put out The Weight of Flight, released in 2004.

Phosphorescent has been mentioned in our news coverage

Levellers, The Coral and The Proclaimers headline Moseley Festival

An interview with Cowbois Rhos Botwnnog

Below is a sample playlists for Phosphorescent taken from spotify.

Do you promote/manage Phosphorescent? Login to our free Promotion Centre to update these details.