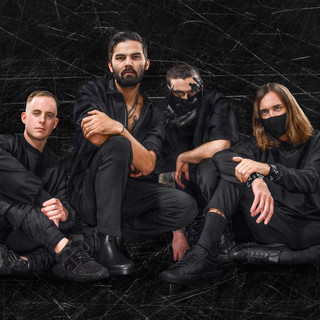 All change is growth. And Northlane's monumental new album Node stands proudly as proof, because frontman Marcus Bridge, guitarists Jonathon Deiley and Josh Smith, bassist Alex Milovic and drummer Nic Pettersen have made the album Northlane always had in them, the songs they always strove for.

Node takes its cues as much from the band's collective worldview as it does myriad artists from multiple generations. Rather than the existential examinations of their previous albums Discoveries and Singularity, the album takes a much more direct approach. It's an album fuelled by passion and anger – passion for the world and all its wonders, and anger at what's being done to it. Everything from the title and the lyrics to the way the band came together to produce their best record yet stands as a hymn to the simple power of human connection.

Northlane has been mentioned in our news coverage

Below is a sample playlists for Northlane taken from spotify.

Do you promote/manage Northlane? Login to our free Promotion Centre to update these details.