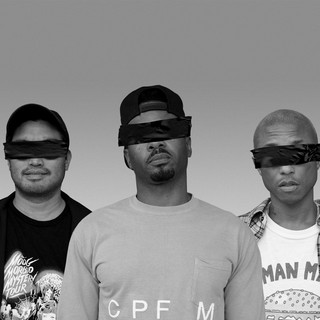 Pharrell Williams and Chad Hugo met in Virginia Beach, Virginia at the ages of 12 at a summer camp for musicians, which they both disliked. They spent their free time making beats and performing in groups with fellow childhood friend Timbaland. Shay Haley began performing with Williams and Hugo in high school. After watching the duo perform at a high school talent show, Teddy Riley, a musician and producer, signed Williams and Hugo in 1992. After producing songs for several artists throughout the late 1990s and early 2000s, the production duo formed N.E.R.D in 2001 as a side project. Read more on Last.fm. User-contributed text is available under the Creative Commons By-SA License; additional terms may apply.

N.E.R.D hasn't been mentioned in our news coverage

Here are the latest N.E.R.D mixes uploaded to Soundcloud.

Do you promote/manage N.E.R.D? Login to our free Promotion Centre to update these details.