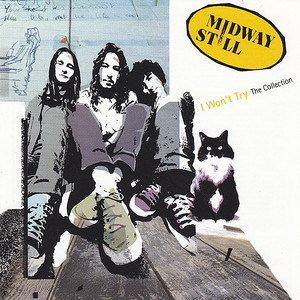 Midway Still were a punk-pop band formed in the early 1990s in Kent, England. The band recorded a Peel session in 1991 prior to the release of their debut album, Dial Square (1992), on the Roughneck Recordings label, which was a subsidiary of Fire Records. The album was produced by Don Fleming, and was followed by Life's Too Long in 1993 (produced by Leatherface 's Frankie Stubbs). The band split before their third album was released, though a reunion of sorts took place in 2000, and a single, "Fuck You" was released in 2001 on Antipop Records.

Midway Still hasn't been mentioned in our news coverage

Below is a sample playlists for Midway Still taken from spotify.

Do you promote/manage Midway Still? Login to our free Promotion Centre to update these details.