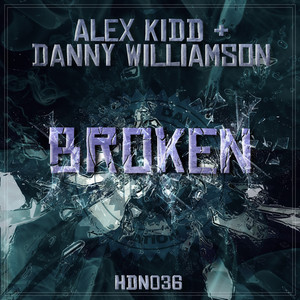 Melé creates euphoric high-octane dance music inspired by his love of Brazilian beats, transatlantic hip hop and classic house music. The boy from the Wirral started young, learning to DJ aged 13; a decade on and he’s honed his skills and his 2015 tribal anthem ‘Ambience’ kick started his status as one of the new names to watch for in 2016. Melé’s energetic and unique percussive sound has gained him prolific support and recognition from some of the biggest names across the scene: Eats Everything, Patrick Topping, Giles Peterson and Jackmaster to Annie Mac, Pete Tong and Disclosure, thus his tracks are becoming instantly recognisable in clubs across the world.

With two huge releases on Eats Everything’s sought after Edible imprint in 2017 as well as the infections Latin Track EP on legendary house label Defected Records, the young producer continues to DJ around the world, supported by his regular DJ mix series Melé’s Manor Rhythms which have continued to grow his following purely from his impeccable ability and flair behind the decks as the perfect on-point party curator. The end of 2017 saw Melé curate his inaugural party in Liverpool, Club Bad, and the following series of shows saw Jasper James, DJ Boring, DJ Haus & Big Miz feature as some of the guest passing through. 2018 started with a hotly received EP on Haus’ Unknown to the Unknown, and then a spot as curator and tastemaker taking the reins for Defecteds legendary In The House compilation series - following Loco Dice, Nic Fancuili & Masters at Work. With plans afoot to launch his own imprint Club Bad, UK & European parties being organised for the brand and an original EP being worked on for after the summer, Melé continues doing what he does best well into 2018.

Mele has been mentioned in our news coverage

Here are the latest Mele mixes uploaded to Soundcloud.

Do you promote/manage Mele? Login to our free Promotion Centre to update these details.