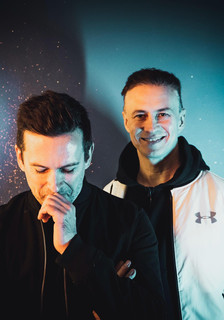 Matrix and Futurebound need little introduction, both having had illustrious careers in their own right. Matrix first broke through with his slick techno infused classic, 'Sleepwalk' album on Virus Recordings, later scoring chart acclaim under his house pseudonym 'Goldtrix' with the top 5 hit, 'Trippin'. Meanwhile, Futurebound had early success on labels such as Moving Shadow, Infrared, Hospital and Breakbeat Kaos before launching his own Viper Recordings in 2004, now recognised as a powerhouse in the bass music scene.

When Matrix and Futurebound combined their powers to unleash the seminal 'Universal Truth' long player in 2007, the skilful fusion of epic melodic soundscapes with heavyweight dancefloor production defined a whole new era for DnB with the likes of Swedish House Mafia, Justin Timberlake, Moby, Sasha, and Skepta soon knocking at the door for remix duties and a whole new generation of acts such as ShockOne, Camo & Krooked and Brookes Brothers inspired to follow suit.

2011 saw the duo launch their 'Worldwide' mix compilation series which was the perfect snapshot of the electronic bass music landscape in 2011, keeping a sharp focus on the freshest Drum & Bass around whilst also drawing on Dubstep and Electro to capture the sound of a Matrix and Futurebound live set in all of its glory.

Matrix & Futurebound has been mentioned in our news coverage

Top 10 dance music events in the North this April

Here are the latest Matrix & Futurebound mixes uploaded to Soundcloud.

Do you promote/manage Matrix & Futurebound? Login to our free Promotion Centre to update these details.