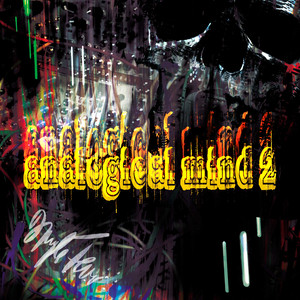 The Social Bar And Eatery in Liskeard

The Late Lounge in Rhyl

A main player in the music industry for almost 25 years, Mark EG has transmitted his musical message across the globe many times over, reaching several different generations with countless different styles of electronic music. He has achieved this with a unique and anarchic approach to music that have won him many awards and accolades. His energy and passion for sound is quite simply unparalleled.

As a performing DJ his musical skill is unquestionable and his stage antics are legendary. You never quite know what he's going to play, or do. Previous shows have involved chainsaws, smashed decks, 12ft ladders, bags of flour and surprising looks from event security personnel. His fans even have their own 'Mark EG' chant - which booms out like thunder from the moment he steps up to the decks.

Mark's most recent weekly radio show takes place every Wednesday on Megapolis 89.5FM. 'Tune In, Turn On, Drop Out' focuses on the wonderful world of techno, electronica and more. It's one you certainly don't want to miss.

A devoted music producer and mastering engineer, Mark spends the week in his Leeds based studio remixing and releasing music on some of the worlds top record labels under various different pseudonyms. He owns several record labels of his own including Blackout Audio and EG-303.

He also teaches people the art of making music with his own music school - enabling him to give invaluable tips and tricks to those who want to get ahead in the music industry. www.markeg.com/music-school.

MARK EG has been mentioned in our news coverage

Cheap places to eat in Cardiff

Andy C announces huge show at The 02 in London

Cheap places to eat in Glasgow

Here are the latest MARK EG mixes uploaded to Soundcloud.