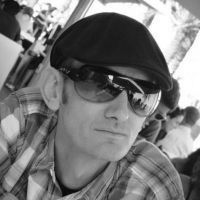 Leeds based DJ, Marc has been djing for 28 years and plays a variety of House music from funky right through to tech house. He has held residences for several club brands such as Retro heaven, Love 2 be, Electro Heaven, Leeds Loves Electro, Curiosity and also had the pleasure of DJing at Cream, Hard Times, Tidy Trax and various club brands.. Playing alongside some BIG names and warmed up the likes of Todd Terry, Joey Negro, Jon Kelly, and played alongside the likes Graeme Park, Allister Whitehead, Jon Pleased Wimmin, K-Klass, Anne Savage and Roger Sanchez. Marc has also graced the decks at Gatecrasher, Mission, the Leeds Warehouse and Space in Leeds, Passion in Coalville and A Mansion Party in Loughbourgh and many other clubs around the country.. Marc has also played in various venues in Ibiza.

Marc Wilkie has been mentioned in our news coverage

John Kelly back in Leeds @ Quench

Here are the latest Marc Wilkie mixes uploaded to Soundcloud.

Do you promote/manage Marc Wilkie? Login to our free Promotion Centre to update these details.