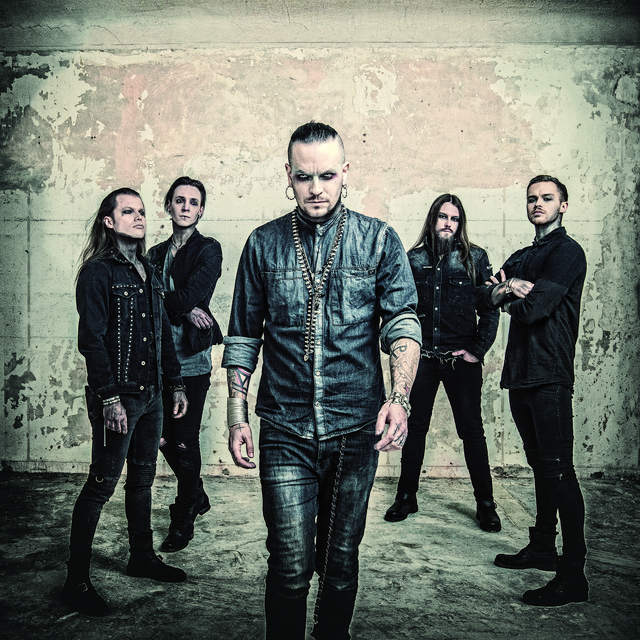 Lord of the Lost tickets and 2020 tour dates

In less than a decade, Dark-Metal-group Lord Of The Lost has become one of the most well-established and prolific acts of the international scene. Founded in 2007 by Chris Harms, initially as a solo-project, the Hamburg-based band has long since been on conquering course in the line-up of Harms (vocals, guitar), Class Grenayde (bass), π (guitar), Gared Dirge (piano, synths, percussion) and Niklas Kahl (drums.)

The group's sound has always been a sort of wild ride through a myriad of different dark genres, yet marked by a constant process of reinvention and an eternal clinch of melodies, aggression and emotions. Chris Harms rides his sonic juggernaut with vocal prowess and an ever-impressive range of styles that can abruptly leap from a sonorous clear singing voice to brutal death growls or wild screaming. With effortless grace, Lord Of The Lost manage to tackle quite contrasting musical extremes, incorporating ballads with hit-potential, harsh Metalcore-attacks, pompous concept albums and a soft spot for the outré, as exemplified in songs like the Latin-Metal-crossover-fun “La Bomba”, into their trademark sound. It is little wonder, then that not even the symphonic excursions with their classically grounded Lord Of The Lost Ensemble on “Swan Songs” and the accompanying shows seemed like a contradiction to their wildly rocking regular releases like “Die Tomorrow” or “From The Flame Into The Fire”, but rather like two logical sides of the same coin. On their 2016 release “Empyrean”, they have tried their hands at creating an Industrial-Metal-Space-Opera and, instead of falling victim to their own ambitions, they actually managed to funnel their ass-kicking power into a captivating concept work.

Lord of the Lost News

Lord of the Lost hasn't been mentioned in our news coverage

Lord of the Lost playlist

Below is a sample playlists for Lord of the Lost taken from spotify.

Lord of the Lost videos

Do you promote/manage Lord of the Lost? Login to our free Promotion Centre to update these details.