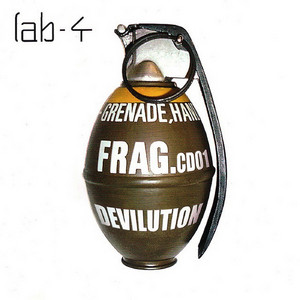 The Mill in Birmingham

Lab4 (A+D+A+M & DJX ) were without a doubt one of the original pioneers of what is now Hard Dance having played their first gigs in 1994 at the Legendary Club UK in London for Universe alongside the likes of Carl Cox, Josh Wink and Laurant Garnier. Mixing all styles of dance and electronic music together Lab4 bought an Industrial Punk element to the commercial scene that's often been imitated but never equaled with a unique mixture of anthemic riffs, hard industrial rhythms and truly cutting edge synth sounds.In the late 90's and into the naughties Lab4 were regulars at Escape From Samsara, Pendragon, Trancentral as well as the massive Frantic and Fevah events.

Lab4 went on to win many 'Best Live Act' awards across the globe as well as high positions in 'Best DJ'polls. Lab4 had over 60 releases in total including 4 double albums as well as 6 other compilations of previously unreleased material and live sets. Lab4 also had more than 10 releases on Rectory Records under the names Drum, Hyperwave, Creed and Aura Z all selling 1000's on the Techno scene from Detroit to Belgium between 1995 and 1997 and in 2003 were the first and only Hard Dance act to receive an invitation to perform a live set on Radio 1 for John Peel on his live session show . Lab4 were also mentioned in one of his 'festive 50' charts with 'Candyman'.

For 12 years Lab4 toured the world playing throughout the UK as well as Japan, Australia, Holland, Finland, Sweden, US and Canada and also worked for 3 of the top music production companies in London, composing music for advertising campaigns for companies such as Reebok, Bacardi, Polaroid, Sure and Pepsi as well as the score for a BBC series called 'Safe with us'.

Lab4 released their last album, 'None Of Us Are Saints' in 2006 and though it was unquestionably their most accomplished work it was perhaps their least recognized due to Resist (the label it was released on) collapsing within weeks of the release of the album.

Lab 4 has been mentioned in our news coverage

How to spend Halloween in Brixton

How to spend Halloween in Soho

The best Halloween events to attend in Birmingham

Below is a sample playlists for Lab 4 taken from spotify.

Do you promote/manage Lab 4? Login to our free Promotion Centre to update these details.