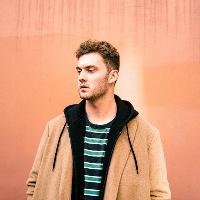 The Dell Kingussie in Kingussie

Thanks to an early hook-up with Paradigm live music agency, home to the likes of Lewis Capaldi, Clean Bandit and Tom Walker, Keir has also secured a string of support slots across the UK and Ireland with Irish act Keywest, taking in cities including Dublin, Manchester and Glasgow.

In the past year, Keir has progressed from playing small support slots, to travelling the country in pursuit of his music. He supported London songwriter Billy Lockett at Glasgow’s King Tuts and has been announced among the line-up for Edinburgh’s infamous Hogmanay Street Party, joining the likes of Mark Ronson, Soft Cell frontman Marc Almond and Glasgow new wave act The Ninth Wave.

Keir Gibson hasn't been mentioned in our news coverage

Below is a sample playlists for Keir Gibson taken from spotify.

Do you promote/manage Keir Gibson? Login to our free Promotion Centre to update these details.