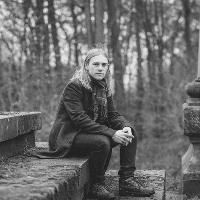 Having grown up in both Scotland and France, Joshua was blessed with a colourful cultural upbringing. Singer-songwriter, Hammond organist and guitarist, his set includes quirky arrangements of traditional songs alongside modern folk ballads and Lou Reed-esque singalongs. His 2016 debut album Into the Green was praised not just for its display of technical musicianship but its effectiveness in multi-media storytelling.

Joshua Burnell hasn't been mentioned in our news coverage

Below is a sample playlists for Joshua Burnell taken from spotify.

Do you promote/manage Joshua Burnell? Login to our free Promotion Centre to update these details.