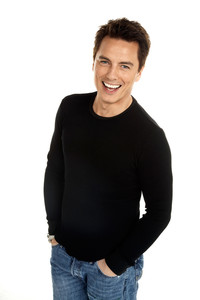 John Barrowman was born in Scotland (March 11, 1967), and moved to America as a child. In 1989 he returned to the UK to play the role of Billy Crocker in 'Anything Goes' on London's West End. In the 1990s Barrowman appeared on the BBC children's Saturday morning variety show 'Live & Kicking', as host of the 'Electric Circus' segment, reporting on technology news. He then moved on to 'The Movie Game', a children's television game show. In the late 1990s he was one of the regular presenters on Five's afternoon show 'Five's Company'. (Wikipedia)

John Barrowman hasn't been mentioned in our news coverage

Below is a sample playlists for John Barrowman taken from spotify.

Do you promote/manage John Barrowman? Login to our free Promotion Centre to update these details.