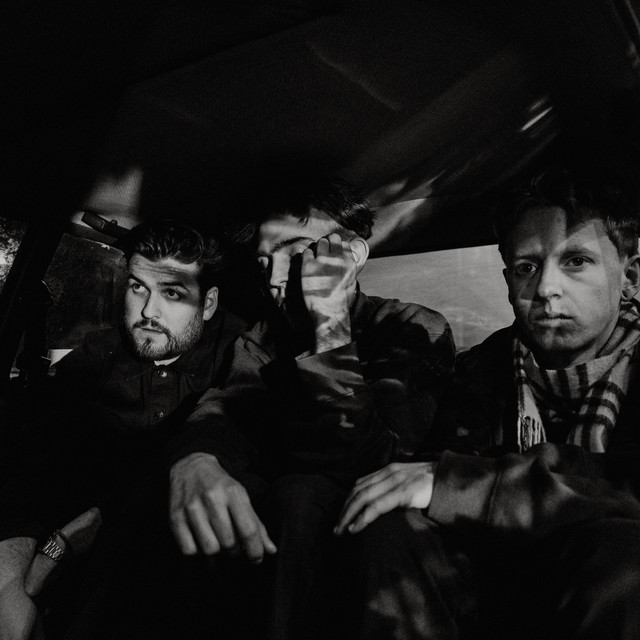 JAWS are a dream pop/indie rock trio from Birmingham, England. The band deliver atmospheric and ethereal reverb-laden songs about self-identity, love, and introspection on releases such as the 2014's Be Slowly and 2016's Simplicity. Made up of vocalist/guitarist Connor Schofield, guitarist Alex Hudson, and drummer Eddy Geach, the band formed in 2012 after Schofield posted a self-produced demo online. The reaction to the material prompted him to seek out fellow musicians while attending college to put together a live ensemble for his songs. After meeting Hudson and Geach, the trio went on to write more songs. They began performing on the local gig circuit and quickly became associated with the B-Town scene in the Digbeth area of Birmingham. They sporadically released singles over the next couple of years while rehearsing and performing; these included 2012's "Toucan Surf," 2013's "Milkshake," and 2014's "Think Too Much, Feel Too Little." 2014 saw the band enter the studio to write and record their debut LP. Be Slowly arrived via Rattlepop in September that year. They went on to promote the effort with a nationwide tour that lasted until early 2015. That spring saw the release of a new single, "Bad Company." Later that year they began to work on their sophomore effort. The record, titled Simplicity, was released in November 2016. Once again, the band set out on a subsequent tour which saw the group make their debut appearance on American shores. They returned to the studio at the end of 2017 and spent most of 2018 writing new songs. Their third LP, The Ceiling, was released in April 2019.

JAWS has been mentioned in our news coverage

Below is a sample playlists for JAWS taken from spotify.

Do you promote/manage JAWS? Login to our free Promotion Centre to update these details.