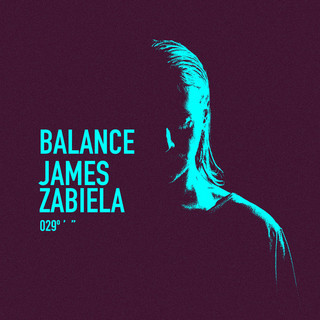 A new single, a new label, a new direction and a new inner-found creative confidence: make no mistake, the most exciting episode yet in James Zabiela’s already incredible career is about to begin. “I’m definitely more confident about my music and studio expertise,” says James, who took a certain step back from studio production to concentrate on touring for a couple of seasons. But as his brand new single “The Healing’ so ready attests, the new JZ is more musical than ever. Deep, bold and bristling with e-motional melodies, it’s probably not quite what you’d expect from JZ, the man who spends his summers in Space – but it’s true to his musical ethos, which takes in everything from Modeselektor and Boards Of Canada to classic Warp… and every other warp speed in the universe. Ever the perfectionist, James has been involved in every element: even the artwork for was shot by James whilst on a train one morning… and the field recordings were made when James was stuck on tour in Mexico.

“The Healing’ isn't a dance-floor track,” he starts. “It's a personal song. Something that is as much organic as it is electronic, something that could appear on my album, should I ever write one.” (And, Zabiela fans, watch out: for the first time, he is definitely open to the possibility.). “I posted a clip of the track on my Facebook page and a comment that came back was "this is not what I was expecting at all, but I like it"! A review I was happy with! I also wanted a version I could play at my gigs so I made a cheeky remix which is really an ode to those 12" remixes of the 80s. One of the reasons I'm starting this label is so the fan boy in me can work alongside my musical heroes.” In this case, electronic ambassadors Hot Chip, Club Root and the fast-rising Midland. And what drew Harry Midland to ‘The Healing’, we wonder? “Two reasons,” he offers. “I really liked the original and could already hear parts jumping out at me and because after two years James has become a very good mate, who in my relatively short music career has given me some amazing support and opportunities.”

Another important step came this summer when James also took time to precision-cut a mix for Resident Advisor, a 90 minute sonic adventure that opens with the grand syth bounce of ‘Guidance’ by Indigi & Synkro and pioneering Hotflush producer Beaumont before taking in tracks from Bonobo, Falty DL and Addison Groove: indeed, JZ in 2012 is more into deep bass than ever. Of course, he’s still attracted to glacial soundscapes and throughout the mix, he retains an ear for melody and haunting vocal snippets that have epitomised his best work. Later on, the mix takes in Jon Talabot, Ben Westbeech and JZ’s new single, which suits his new ethos perfectly. “I think a lot of people who are familiar with my DJing and previous work will like this track and the direction I’m going on,” he attests. James has also completed the next instalment of his acclaimed ‘Paradigm Shifts’ mix, which can be heard on his soundcloud now. http://soundcloud.com/jameszabiela/james-zabiela-paradigm-shift-1.

First started in May 2011 James adds parts to the mix over time and you can hear the strains of the last track from the previous mix (Scuba – ‘Adrenalin’) in the opening of this new mix. As an ongoing body of work, it’s probably the next logical step for James (and countless other artists)

from the traditional compilation series. Opening up new ideas and possibilities is what James is all about… indeed, with so much of his music being permeated by smart movie samples and cool cut-ups, the online world is his natural home…along with a label that showcases his ethos.

“The label Born Electric has been coming for a while,” he smiles. “But I wanted to get it right.” Beyond the single, James also found time to rework Hot Chip’s ‘How DO You Do It?’ – on the personal invitation of the band, who he’d stayed friends with after Felix and Al played alongside him at We Love in Ibiza – and the final result can be heard on the excellent double-pack and digital remix EP for ‘How Do You Do?’ As ever, James is in great company, with Todd Terje, Joe Goddard and Mickey Moonlight all mixing. There was one other significant point to this cool club production: it also marked a return to the studio after a two year break. (Zabiela fans watch out once more: neither James nor Hot Chip have forgotten about the music which they’ve have made together. With both parties unleashing their inner analogue on the project.

James Zabiela has been mentioned in our news coverage

Here are the latest James Zabiela mixes uploaded to Soundcloud.

Do you promote/manage James Zabiela? Login to our free Promotion Centre to update these details.