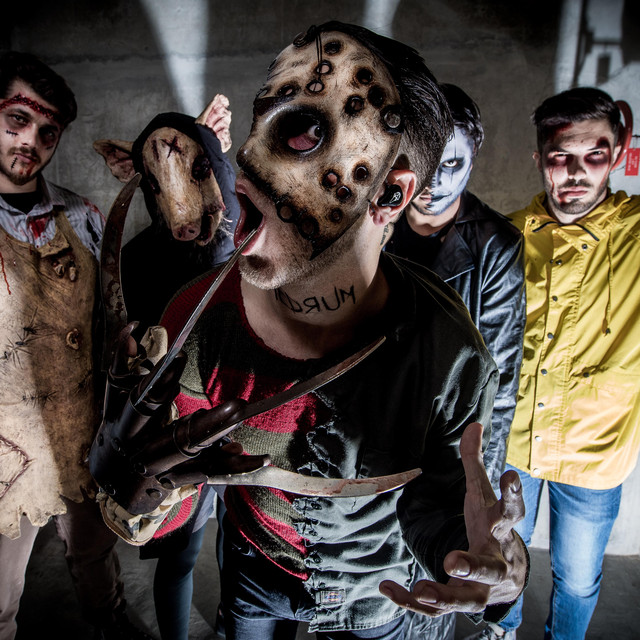 Ice Nine Kills was founded under the name Ice Nine by high school friends Spencer Charnas and Jeremy Schwartz and changed their name to Ice Nine Kills just before releasing their debut independent album 'Last Chance to Make Amends' on April 20, 2006. The following year on November 20, 2007, Ice Nine Kills released their EP, 'The Burning,' through Red Blue Records. The band then set out on several national tours in support of the EP including opening slots on tours with I See Stars and Eyes Set To Kill among others. By 2008, the group had been invited to open for well-known acts such as As I Lay Dying, A Day To Remember, Thursday, Paramore, and a one off performance on the Taste of Chaos 2009 tour. That same year, Ice Nine Kills released 2 acoustic tracks ("The Simple Act of Giving Up" and "Lifetime in a Week") on an EP titled '2 Song Acoustic.'

In mid 2009, Schwartz decided to leave the band after struggling with life on the road, leaving Charnas as the only original member. Charnas then recruited former members of the Rochester, NY post-hardcore band Remember Tomorrow, which had recently disbanded. This shifted Ice Nine Kills' sound into more of an experimental metalcore sound. Ferret Music took notice of their new sound and signed the band in the spring of 2009. After appearing on Warped Tour 2009, the band began writing and recording their next record.

Ice Nine Kills released their second full-length album 'Safe Is Just a Shadow' on July 12, 2010. Vocalist Dave Sieling, who has since left the band, contributed clean vocals along with Spencer Charnas. The album received praise from heavy metal Revolver Magazine in the 2010 Hottest Chicks in Rock Issue, and the band was invited to attend the Revolver Golden Gods awards in Los Angeles CA on April 20, 2010. The band supported 'Safe Is Just a Shadow' with a two-week appearance on Warped Tour 2010 and a supporting slot with Michigan-based nu metal band Taproot. The band performed on a headlining tour in the summer of 2011 as well as at the Darien Lake, NY stop of Warped Tour 2011. The band released a music video inspired by the film Inglorious Bastards for their song "The People Under the Stairs" on June 20, 2011. That same day, the band announced their partnership with Outerloop Management who represent We Came as Romans, Refused, and Periphery among others.

Ice Nine Kills hasn't been mentioned in our news coverage

Below is a sample playlists for Ice Nine Kills taken from spotify.

Do you promote/manage Ice Nine Kills? Login to our free Promotion Centre to update these details.