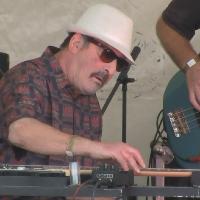 Ian Campbell is one of the UK's most amazing guitarists. He played with Levee Camp Moan, The Nashville Teens and The King Earl Boogie Band prior to almost being wiped out in a horrendous car accident when a driver coming the other way lost control, crossed the dual carriageway and took Ian's car head-on. He lost so much blood that he effectively suffered a stroke, and has lost the use of his left arm and he sight in his left eye. Music was Ian's life and he has been to some dark places since that horrific accident - but eventually, inspired by The Nordoff Robbins Foundation, he discovered that he can still play his guitar - despite being blind in his left eye and with only his right hand to play with!

Do you promote/manage IAN CAMPBELL's SINGLE HANDED BLUES BAND? Login to our free Promotion Centre to update these details.